This is it. No introductions are required – you all know the drill. It’s the last ever episode of the One Phat DJ Podcast, Episode 52 for September 2008 – I present to you “The Finalé”. 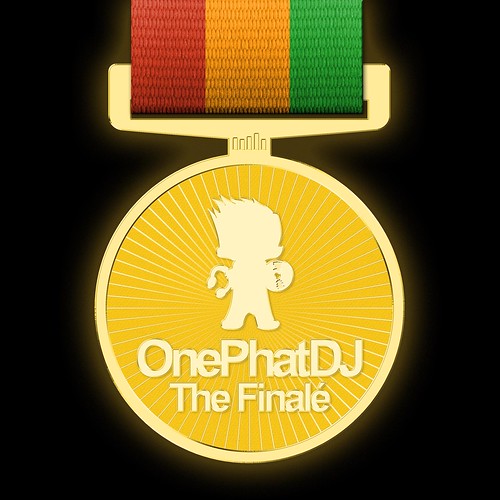 We start things off on a slower tangent with Wez Clarke & Maxine Hardcastle‘s “Walking With A Smile“, a track from Hed Kandi’s Beach 2008 compilation. If you haven’t got the album, get it. It’s perfect not only for chillaxing on the beach but for those times when you’re lounging around at home in the evening with a drink or two.
Next up is one of my favourite producers of all time, Joey Negro, delivering two stunning productions. The first is the belting disco-infused Sunburst Band with “Fly Away” which I can’t get enough of at the moment. This is quickly followed up by Z Records milestone 100th release, “Love Hangover“, which samples the classic riff from Diana Ross‘ 1976 hit by the same name.
After this, you’re treated to Steven Stone and the uplifting vocals of Andrea Love with “Good Love” from Stereo Sushi version 13 and an appearance from one of my favourite vocalists on the house scene Georgie Porgie with “Can You Feel That Sound“.
Following this is a sweet little remix of Mariah Carey‘s “I’ll Be Lovin’ U Long Time” by DJRoman as part of the remix competition on Indaba Music – definitely my favourite among the many entries.
It’s not long before we cool things off a little with Sound Of Joy‘s “Now Or Never“, a funky vocal number that is sure to get rumps shifting, then we turn things up a notch with the latest project from everyone’s favourite, Brighton’s Freemasons. They’ve snapped up the Funk Fanatics‘ “Love Is The Answer” on their Free Maison label, added their personal touch to the disco number, ready to throw it in to the limelight. I’m sure you’ll find that infectious loop will stick in your head for days!
Now it’s time to bring back those oh-so-popular commercial remixers Moto Blanco with a few tracks from their vault. First up is a track from last year’s World Aids Day campaign with Annie Lennox and a whole host of other famous ladies (including Madonna) getting the synth and strings treatment on “Sing“. This is shortly followed up with lady of the moment and sister of Beyonce, Solange Knowles and her fantastic new track “I Decided“. There are quite a few catchy remixes doing the rounds at the moment, including an impressive effort from the Freemasons, but it was Moto Blanco’s reworking that did it for me.
After Levi5 and Michelle Martinez treat us to “Third Time“, it’s time for Hed Kandi‘s latest revival offering in the guise of No Halo‘s “Put Your Hands On“. I can’t get enough of this track at the moment, mainly because of the sample from Johnny Corporate‘s “Sunday Shoutin’“. Paul Harris, Ian Masterson, Therese and Lauren Rose have outdone themselves.
With Hed Kandi out the way, it’s time for some Audio Freak productions, starting off with Soulshaker‘s remixes of Juliet Robert‘s “Slow Down” and Kathy Brown‘s “Sounds Of The City” then going into the Bassmonkey‘s remix of Eugene‘s “Falling” – three awesome examples of upbeat funky house at its finest.
Now it’s time for my favourite tune of all time on the remix with 7th Heaven. At first, I thought it was blasphemous. But after a few listens, I was convinced. It’s impossible to ignore the sheer power of Degrees of Motion and “Shine On“. You just try to not enjoy it.
From here on in, we get a little “Twisted”.
It commences with Jon Fitz‘s remix of “Hesitate“, Richard Murray‘s “Set Me Free” and Sasha Angel‘s “Keep Shining“.
Regular vocalist Katherine Ellis makes a welcome return to the podcast featuring in McCall‘s “Gotta Get Through” before Roxanne Wilde takes the mic in Milk & Sugar‘s Summer anthem “No No No“.
You then get stung by the anthemic piano loops of James Dornan‘s “Everythings Gonna Be Alright” and Brinsley Evan‘s “That New Sound“, building you up into a real crescendo before I drop the collaboration of the season – Axwell, Bob Sinclar and Ron Carroll‘s “What A Wonderful World“. While the original version is a little cheesy, the Dabruck & Klein remix oozes energy through the breakdowns and build ups.
After Out of Office‘s “Insatiable“, we delve into the past with a fantastic and filthy 2008 remix of Cevin Fisher and Loleatta Holloway‘s “Got Me Burning Up“. Any sensible DJ would have this tune in his box this season to ensure maximum bounce-factor in the clubs.
And why not wrap up the mix with tune of the Summer – Fred Falke‘s remix of Defected‘s success story that is The Montanas and DJ Roland Clark with “Music Talking” – perfect to bring the podcast to an end.
How does that do you?