It’s been a ridiculously busy month! Not content with handing in my notice at Yahoo! as well as releasing Euro KickOff, there has also been an interview with Paul Velocity (which also features a 30 minute mix) and there is another interview still to come (details soon). If that wasn’t enough, I’ve also managed to fit in time to continue producing the One Phat DJ Podcast for all you lovely, lovely people out there. How do I ever find time for myself as well?
So, here it is – it’s time to turn your speakers up and download Episode 47 – the May ’08 Crescendo. 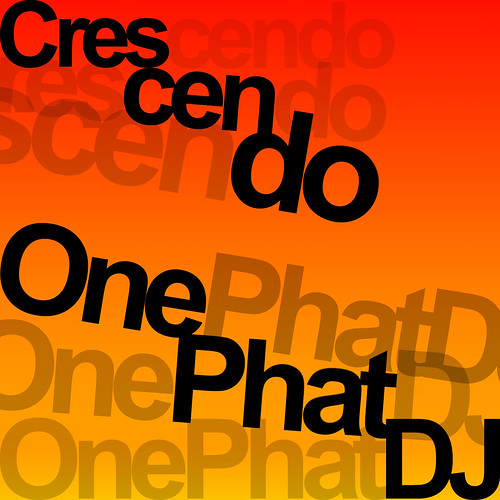 There are some fantastic uplifting tracks in this mix, covering quite a broad spectrum of the funky house scene (even if some of the latter tracks might break the boundaries of “funky”).
I’ve been hammering the first track “Lift Him Up” to death over the last month – the huge vocals of Linda Lee Hopkins certainly grab your attention, especially with the addictive beat and hooky bassline.
Warren Clarke supplies the lush sounds that certainly wouldn’t sound out of place on any Hed Kandi release with his dangerously titled “Bitch Is Back” – catchy vocals and immense uplifting loops make this a firm favourite for my Summer.
We also get an exclusive play from the Bassmonkeys with their latest production in the form of a remix of Etherfox‘s “More Man Than Man” – a typically loud and uplifting production with fantastic vocals from our boys from Norwich.
It would have been rude to let The Shapeshifters funky dub track “Treadstone” slip through the net as well. I’m so glad Max and Simon have returned this year and hope to hear a lot more funky numbers like this, maybe with some vocals next time eh boys?
Being a bit of a sucker for some catchy rapping over dance numbers, when I discovered “Direct Connection” from Sean Biddle and Krukid, I was hooked. I’m sure I won’t be alone in this though. Let me know what you think.
After a few more funky numbers from the likes of regular vocalists Shena and Nicole Tyler, things suddenly take a turn to yesteryear, starting off with G & G‘s reworking of Armand Van Helden‘s massive “My My My” with Gary Wright on the vocals, shortly followed up with Micha Moor‘s reworking of Prodigy‘s “Outta Space“.
We wrap things up with another familiar face on the scene with Amanda Wilson lending some superb vocals towards the rollercoaster ride of A Lee‘s “Gotta Let Go“, with a final polishing from Chris Ortega.
It was quite difficult selecting just 13 tracks for this mix as there was such a fantastic selection released in April and May but I hope you agree the final cut are perfect.