I may be pushing it with it being the last day of the month but at least I’m sticking to that New Year’s Goal.
January is that time of the year when we’re all bummed out having “enjoyed” the holiday period with a little over indulgence, put on a few extra pounds and running low on funds so there’s not much left to do than try to lose those pounds with some free exercise. Well, I felt I could help here and put together a great work out mix for all you fitness freaks to exercise to. I’m sure many of you have already given up after a few weeks but there’s nothing stopping you from just putting the mix on and enjoying some of the latest funky house.
So here it is – it’s time to Lose That Phat. 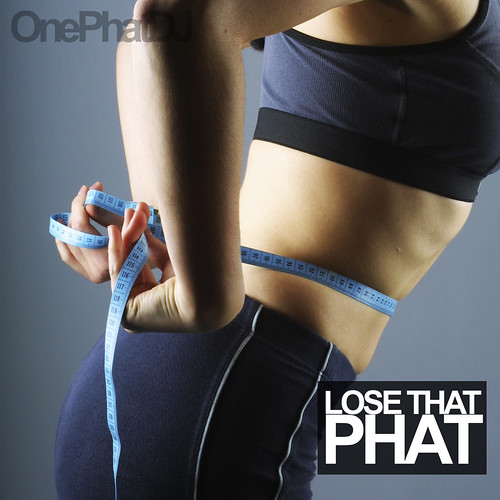 01. Pepper Mashay – Pray For Tomorrow (Central Avenues Main Mix)
Let’s kick off the new year and a new mix with something a little slower. It’s still going to be moving along at about 128 bpm (nice and fast for all those trying to burn energy) but we’ll break you in slowly with some mellow vocals from Pepper Mashay, accompanied with the familiar funky sounds we’re all used to by now.
02. Muzzaik pres URH ft Zaida – Work It (Original)
This track has been around for a while now but Muzzaik are going for yet another release in 2007, hoping to leave a bit more of a mark on the house scene. Still quite mellow and cheerful but enough beat to keep you moving.
03. Tyken ft Awa – Every Word (Tykens Saltholmen Mix) [Housexy]
Released under the evergrowing Housexy label in December, Tyken have been building up a bit of a following around the DJ scene. The original mix is a little dirtier as is Dave Spoon’s donation but it was this remix that caught my attention with its funkier sounds. Keep up at the back…

04. Ben Macklin ft Tiger Lily – Feel Together (Vocal Mix)
We’re going to pick the pace up a little now with this belter from Ben Macklin. Accompanied by vocalist Tiger Lily, Feel Together has gained quite a following already out in clubland as well as on radio playlists and its no surprising. All the typical ingredients for a Phat and funky tune are in there – catchy vocals, hooks, basslines and synths make this One Phat Favourite. You should be building up quite a pace now…

05. Dannii Minogue – He’s The Greatest Dancer (LMC Extended)
OK, its a bit camp and the production isn’t up to Dannii’s typical quality but you’ve got to give this track a go. Covering the classic disco track by Sister Sledge, Dannii does what she does best and added some harder beats and some sex appeal to a classic dance track. Try not to sing along – it’s harder than you think!
06. Junior Jack – Dare (Stupid Disco) (Club Mix)
Originally released back in 2003, Stupidisco gained anthem status quickly and easily thanks to the huge club sounds. Now back with some added vocals from Shena (the singer from Michael Gray’s “Weekend”) covering the Pointer Sisters’ “Dare Me”, this track works really well for me even if it just seems like JJ’s cashing in. Lots of big club sounds for you to dance/work out to.

07. Houzecrushers – Touch Me (Vocal Club Mix)
Covering the 1995 smash Son Of A Gun by JX, the Houzecrushers have taken away the dark clubby sound of the original and made it into a completely different tune. This time, its back with a whole load of fresh and funky sounds, bouncy bass lines and enough synths to keep you going on that dance/workout.
08. Kingpinz ft Antonia Lucas – Need You Tonight (Groovecutter Remix)
I’ve had this track in my stash for a few months now, constantly making an appearance in my daily playlist so it seemed only right to let the rest of you get a taste of what I think will be a huge track this year. While the original mix is good enough before any tweaks, this Groovecutter remix seems much more appropriate as I built you up into a filthy sweat. Lots of bouncy basslines and catchy hooks should keep you going as we head into the hour mark.
09. Freemasons – Rain Down Love (2006 Club)
I played the original version of Rain Down Love back in November 2006, just to give you a taste of what our Brighton Boys have been getting up to in the studio lately. You’ll be glad to hear that there is much more to offer now as they released a remixed version of Rain Down Love and their debut album in the space of a week. This is the radio remix of Rain Down Love all in the typical sound that we are familiar with the Freemasons – catchy lyrics and funky instrumentals.

10. Dennis Christopher vs Whitney – It’s Not Right (Big Room Vocal Mix)
As if Dennis Christopher can’t get enough of the charts, this time he’s taken hold of the 1999 Whitney Houston track “It’s Not Right, But It’s OK” and remixed it to his tastes. To be fair, this has got a very distinctive sound that works for me. Dennis has dropped a great loop that would be perfect in a gym (although I can’t see it working too well in the clubs). Keep it up though Dennis – I’m sure there’s more to come…
11. RK – Dont Need You (Club Mix)
As we approach the climax of the podcast, its time for something a little more intense, introducing something a bit more dubby. Plenty of disco sounds to keep you going and a sample that will keep going around your head all day. Come on, we’re nearly there now!
12. Liquid People pres Da Peepz – Ice Cream Parlour (Original)
Liquid People (aka Dan Smith & Conan Manchester) have been producing for over five years now and it was this track back in 2005 that caught my attention with its beautiful disco sounds and easy going beats. It’s not exactly peak time but I love this track. I hadn’t heard it for about a year but found it among all my other classics last month and thought it would be a nice idea to bring it back for all you listeners out there. I present to you January’s One Phat Tune.
13. Simmonds & Christopher ft Class Action – Weekend (Dennis Christopher Silicon Mix)
Oh, look who it is. Accompanied by his partner in crime Mark Simmonds, Dennis has put their own classic tune through his filters and come up trumps with yet another BIG tune. This is definitely a club track with a bit more of a darker sound but perfect to finish you off after an hour and ten minutes of working out. This is One Phat Classic.

As always, I love to hear from you. Leave a comment below, send me an email, give me a ring if you want – all the details are on my contact page. All your comments are what keep me going and the only reason I keep podcasting every month. I don’t make any money from it – its purely for everyone else to enjoy. So let me know what you think, where you’re listening to the One Phat DJ podcast, send me some pics of you listening to the mixes. I’ll put the best ones online for everyone else to enjoy.