It’s time to pick up the pace for the second part of the One Phat DJ Podcast for February 2008. The Warm Up should have introduced you to some relatively mellow funky new material, limbering up those muscles (vocal and limbs) for a truly amazing climax to the month.
This mix has some real diversity to it. Whether that’s a good thing or not, I don’t know. The fact we have the RnB Queens Mary J. Blige and Janet Jackson in there, alongside big bassline favourites Addictive and H Two O, you know you’ll be treated to some variety.
I’m not sure how “twisted” I’ll be taking future Crescendo mixes but this month’s mix takes a real plunge into the dark depths of the funky house scene. I’ve been listening to some quite tense tracks over the last few months and found some firm favourites that I’ve shared with you towards the end of this mix.
I’ve even featured an artist I’d never thought would make it into the podcast – Dizzee Rascal. Ordinarily, I wouldn’t bat an eyelid at his material but when I saw Radio 1‘s latest addition Dave Spoon had put “Flex” through his sampler, I had to give it a try. I was hooked! What a catchy and sweet bassline. Dave also gets his reworking of Dave Lee‘s classic “Latronica” track in the mix too – he’s obviously been a busy producer over the last few months!
Anyway, enough rambling! Here is Episode 41 of the One Phat DJ Podcast, originally titled “Feb ’08 – Crescendo“. 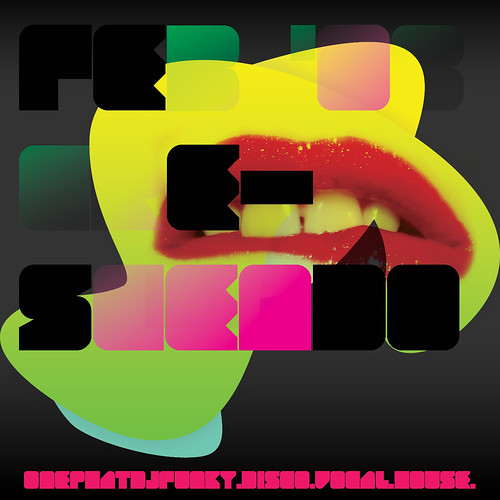