With the house scene, you tend to have “seasons” of new material. The Summer months are full of huge tracks, ideal for the influx of clubbers going out. Not a week would go past without a potential “classic” getting released. Even if it is short-lived, the general consensus gives in to commercialism, putting full support behind the producer or DJ of the moment.
On the flip-side, there are so called quiet seasons. This is when the popular producers are rinsed of their originality and energy, returning to their studios to create the next masterpiece. Unfortunately, this is one of those said seasons. Nothing against the material I’ve got my hands on – all the tracks I’ve featured get the One Phat DJ Seal of Approval. The problem is, few of the featured tracks have that X Factor we’re all listening out for. With the likes of Joey Negro, Jason Herd and Martin Solveig taking the stage, this is no walk in the park.
So I suggest you ignore everything I just said, download the mix and prepare yourself for some funky house treats, all mixed up in typical fashion. I give you Episode 32 of the One Phat DJ Podcast, “Autumn Falls“. 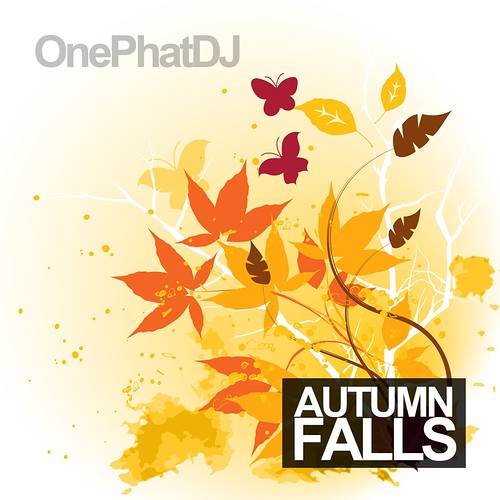 As per usual, leave your comments. Love it, hate it – it doesn’t matter. I need your honest opinions on the mixes to know how I’m doing. If I don’t get feedback, it will never develop.
Enjoy your Autumn (or Spring for the Southern hemisphere)!
Update: Christian Rode has kindly sorted out a CUE file for this mix so why not go download it if you want to burn the mix to CD?